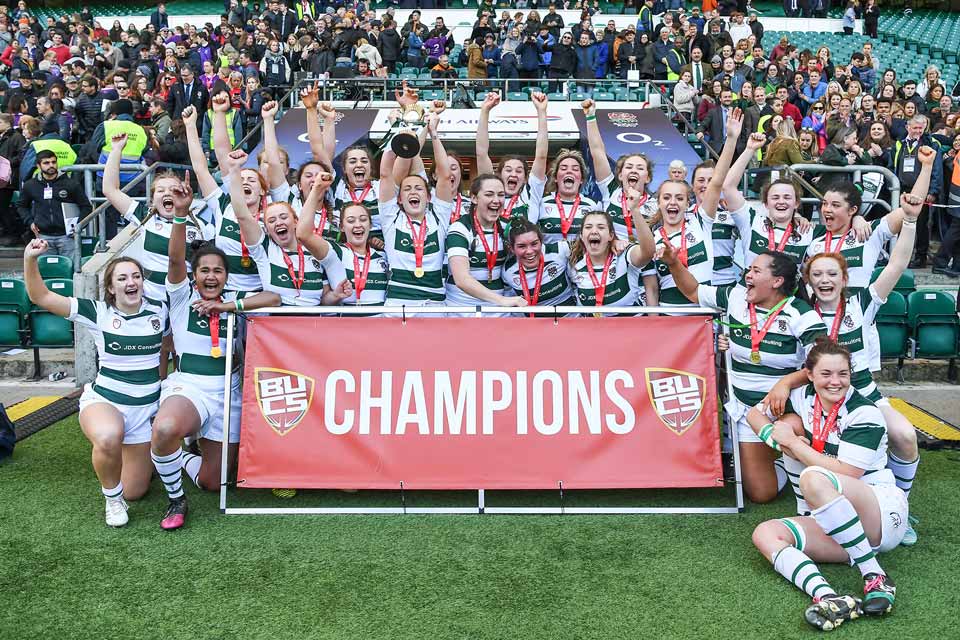 The University rugby season has come and gone again, seemingly faster than ever. Yet this season will certainly be one to remember for the University of Exeter Women’s team, Head coach Jo Yapp and the Ocean Physio team who have supported the girls over the year.
Three weeks ago the team travelled to Twickenham to take on Durham in the final of the BUCS 15s championship, having finished the league undefeated.
After 80 minutes of intense competition, the Exeter side came out on top, confirming them National BUCS Champions for the second year in a row.
http://sport.exeter.ac.uk/about/news/articles/title_712661_en.html

A special mention to Lagi Tuima, who worked tirelessly for 6 months with the Ocean Physio team, to play her first 80 minutes again in the final, following surgery after a shoulder dislocation during an England tour.

Next came the National University 7s competition in Leeds.
Once again, the girls battled through 2 pool games, quarters and semi-finals to end up in the final of the BUCS 7s competition. The standard of rugby on display was phenomenal and only improved as the challenges increased throughout the competition. Durham once again were the team standing between Exeter and the Gold medal. Exeter were the dominant team throughout both halves and came out victorious finishing the perfect double on a year, to mark Jo Yapp’s final year in charge of the club. Jo leaves a great legacy and foundation for future growth and will be very much missed by all the girls and support staff. Performances were incredible throughout the whole squad, as they managed to finish both the 15s and 7s seasons undefeated. This is testament to their professionalism and hard graft shown throughout the year. It has been a pleasure working with them.
Now comes a time to rest tired bodies, and to start building the blocks that will hopefully lead to a successful 2019/20 campaign.